In 1968, a joint planning unit was established through an interlocal agreement between the City of Paris, City of Millersburg, City of North Middletown, and Bourbon County. The establishment of the “Bourbon County Joint Planning Commission” acknowledged the mutual benefits to combine resources, increase efficiency, and enhance the Bourbon County community.

The Bourbon County Joint Planning Office, located at 525 High Street, is the first stop for many questions about building, zoning, and code enforcement. Below is information about the decision-making bodies that oversee land use and development in our County.

BOURBON COUNTY JOINT BOARD OF ADJUSTMENTS
The Bourbon County Joint Board of Adjustment is composed of five (5) members representing the City of Paris, City of North Middletown, and the unincorporated Bourbon County.  This Board reviews conditional use permit applications, variance applications, and administrative appeals.

CITY OF MILLERSBURG BOARD OF ADJUSTMENT
The City of Millersburg Board of Adjustment consists of three (3) members; all appointed by the Mayor with the approval of the City Council.  For information on conditional use permit or variance applications to this Board, contact the City of Millersburg at (859) 484-3091.

“ENVISION 2040” COMPREHENSIVE PLAN ADVISORY COMMITTEE
This advisory committee provides guidance to the Bourbon County Planning Office and other plan facilitators throughout the development of the “Envision 2040” Comprehensive Plan Update.

PARIS PIKE CORRIDOR COMMISSION
The Paris Pike (US 27/Lexington Road) is a historic and scenic corridor between Bourbon and Fayette counties. To maintain its unique character and charm, Bourbon County and the City of Paris has signed an inter-local agreement with Lexington Fayette-Urban County Government (LFUCG) that created the Paris Pike Corridor Commission to oversee the protection of this agricultural area. This administrative entity is composed of nine (9) voting members; four (4) who are Fayette County residents appointed by the Mayor of LFUCG with approval by the Urban County Council, four (4) who are Bourbon County residents (two appointed by the Mayor of the City of Paris with approval by the City Commission and two by the Bourbon County Judge Executive with the approval of the Fiscal Court), and the ninth Commission member selected by the other eight members. Click here for more information.

BOARD OF ARCHITECTURAL REVIEW

The Board of Architectural Review applies to the City of Paris Historic District.  This district is bound by the north side of Fourth Street to the south side of Second Street between the west side of Main Street and the east side of High Street.  When an application is received that falls within this district, the Board reviews for a Certificate of Appropriateness.

BOURBON COUNTY  JOINT BOARD OF ADJUSTMENTS

BOARD OF ARCHITECTURAL REVIEW 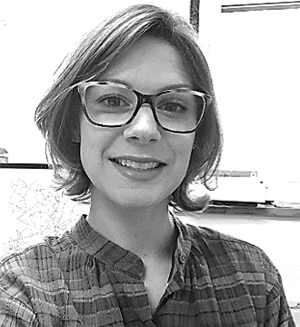 Andrea began as the Planning Administrator of the Bourbon County Joint Planning Office in 2016. With over seven years of prior experience in the field of planning research and development at the University of Louisville, she has provided technical assistance to many local communities throughout Kentucky. She is a member of the American Institute of Certified Planners (AICP) and holds Master’s degrees in Public Administration (MPA) and Urban Planning (MUP) and a Bachelor of Science degree in Business Administration. Se habla un pocito de español!  She is always eager to strategize how to strengthen the existing community and attract sustainable growth that is sensitive to the historic and agricultural nature of the County. She enjoys baking bread, gardening, and exploring downtown Paris on foot (along with her dog “Shuggie”) and patronizing local establishments with her husband. 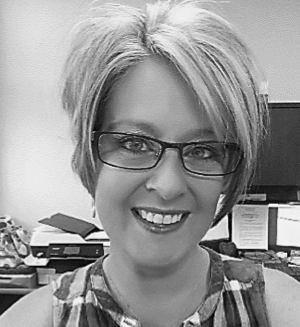 Michelle is the Building Inspector and Code Enforcement Officer for the Joint Planning Office. As a Level II Building Inspector, she works with applicants to issue building permits, electrical permits, and water/sewer taps. Previously, she spent three years serving as the Officer Manager fulfilling multiple roles. Prior to joining the Planning Commission she was a Paralegal/Office Manager for twelve years. She is a lifelong resident of Bourbon County along with her husband, Daron and two sons, Trevor and Kaleb. 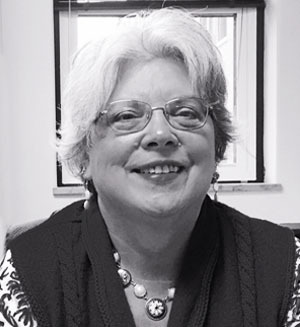 As the Planning Technician, Micki is the first point of contact when you visit or call the Joint Planning Commission. She is a graduate of the University of Kentucky with a degree in Business Administration and brings over 35 years of experience to our office. Most recently, she was the Finance Officer for the Bourbon County Fiscal Court. Micki has been married to Eddie, a Bourbon County native, for many years and they live on a farm on Redmon Road, surrounded by family, little dogs, cattle and horses. She says life is good.

The Bourbon County Joint Planning Office is located at 525 High Street in Paris, KY at the Paris Municipal Center on the first floor (Office 127). Our office hours are 8:30 a.m. – 4:30 p.m. (closed 12-1 for lunch). Walk-in visitors are welcome during office hours, however we recommend to call in advance to ensure that we can make ourselves available to you.